blocksEDU visits Jordan to meet with over 10 institutions 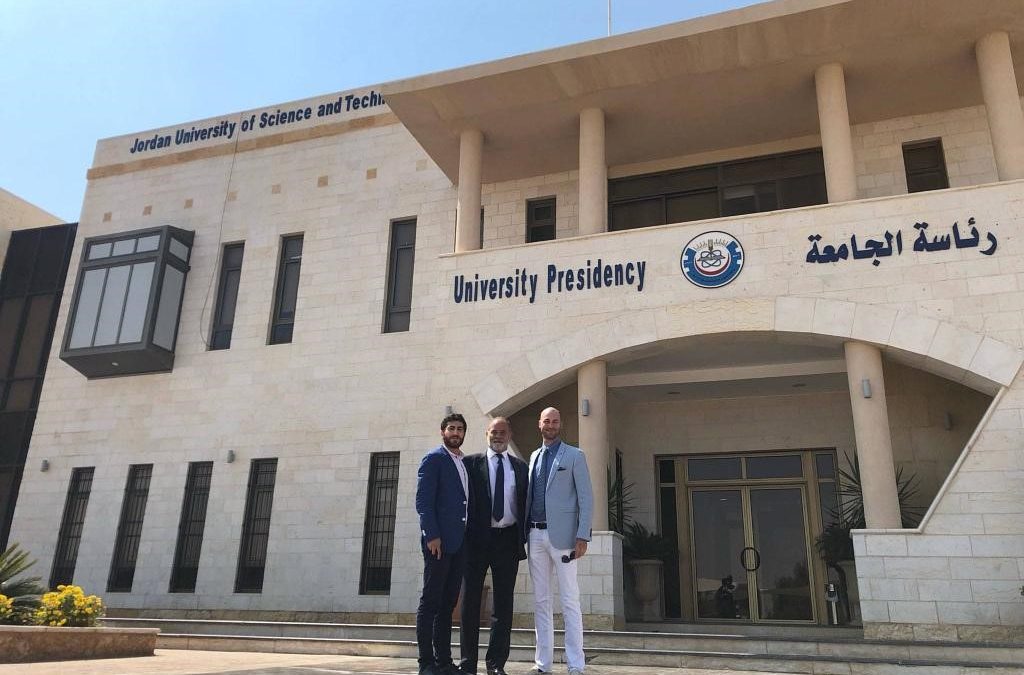 blocksEDU visited Jordan during the last week of August to meet with 7 universities, Transparency International, and several other organizations. Their reaction was very positive which resulted in several education initiatives agreed upon and Emerging Technology workshops being planned in the next 9 months. Furthermore, in association with the Jordan University of Science and Technology, an Emerging Technology Summit is being discussed to take place in 2020 and with a reach across the Middle East and North Africa (MENA) region. Chris Greyling, Evan Freeman, Joseph Khouri can be seen in the photograph with the Nidal Bitar the CEO of the ICT Association of Jordan who is the custodian of the Reach2025: Jordan’s Digital Economy Action Plan as sanctioned by the King of Jordan. The trip resulted in a tremendous outlook for business development for  blocksEDU throughout MENA.