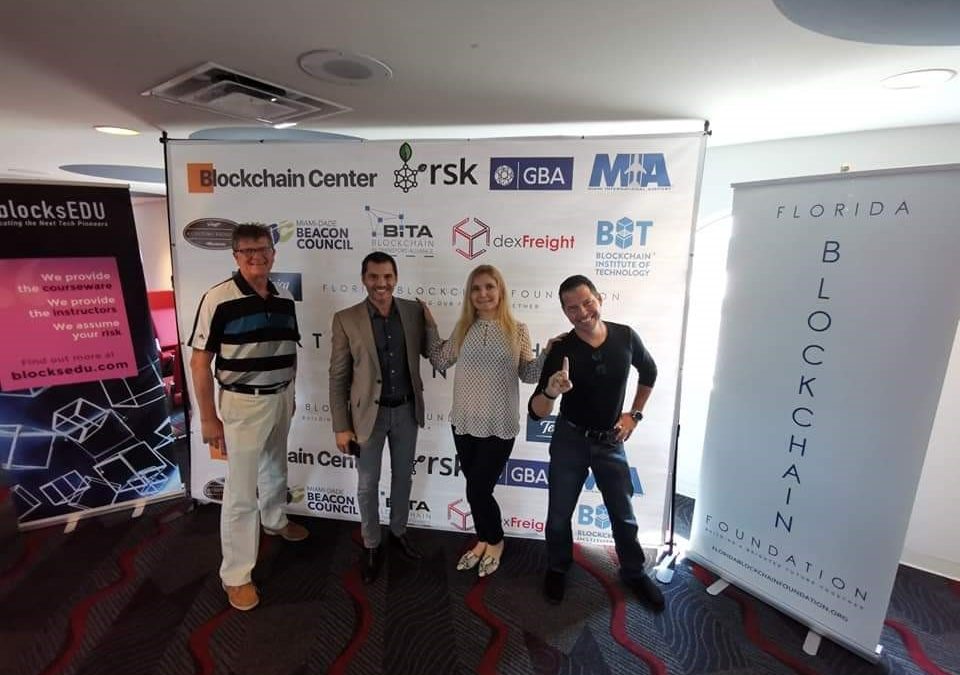 As part of the company’s international expansion, blocksEDU participated in a digital transformation workshop on blockchain in supply chain management held at Port of Miami on September 17th 2019. The event was led by Florida Blockchain Association and featured participants from a wide range of industries as well as representatives from the governments of the State of Florida and the City of Miami, the Port of Miami, Miami Airport and executives from Cargill, Telefónica, IBM and many others.

bblocksEDU was a sponsor at the event and led all media interviews, in partnership with Blockchain Institute of Technology.

While in Florida, Wayne Van Damme, CEO of blocksEDU, also met with senior representatives from Miami Dade College, the largest institution for higher education in the United States with over 165,000 students to discuss how blockchain technology courses could be incorporated into their curriculum. Additionally, Wayne met with the leadership team of Blockchain Center to discuss how blocksEDU can deliver blockchain and cryptocurrency courses in the City of Miami and the State of Florida, with plans to expand nationally.